First There Were Two

Martha Rollins (relative of R.E. Lee) and Danita Green (descendant of African royalty) share the story of their friendship from meeting (2009) as it developed over 10 years from causal to connected to committed. At the root is their willingness to have honest, courageous and clumsy conversations-- the hallmark of CTTT.

In 2013 Martha and Danita went  to the MLK Anniversary March in DC.  In 2014 they partnered to begin "Listening Luncheons" in their homes as a vehicle or intentionally connecting people across artifical and systemic  racial divisions in Richmond. Encouraged by Art Carter (Eastern Shore CTTT) Phoebe Kilby and Tom deWolfe (National CTTT) they attended the national CTTT gathering at EMU, returned home and held their first CTTT- RVA gatherings.

Then There Were Four ...

In 2016 Danita and Martha were joined by Rev. Darren Utley and Joshua Stepney to create a Co-Conveners team that met weekly for very honest/courageous conversations about the direction of CTTT- RVA. What should our gatherings look like? Where do we meet? When? How do we invite people? How do we deal with doing infinite and important work in a finite time frame? How do we model CTTT values and live into the CTTT vision of taking America beyond the legacy of enslavement?

Then there were More ...

The Leaders Circle continued growing to include someone from each of the principal small groups. Small groups with shared activities deepen and strengthen relationships across the old constructed barriers of race. Some, like the Food Team, share vital work. Others, like the Movie Circle, connect individuals with art, history and each other.

Facilitators Circle came into being to provide one trained facilitator per table at dinner gatherings. How do we help strangers from different backgrounds enter into meaningful. transforming conversations. Bonnie Dowdy, sharing her extensive knowledge and experience in monthly 2.5 hour trainings and
in bi-yearly retreats, encourages using the CTTT touchstones to ...(read more)

Since the January showing of the documentary, "A Moral Debt" at the Virginia Museum of History and Culture, our Third Tuesday gathering has consistently been attended by 60 to 70 folks eager to talk about Reparations in many systems we've seen are inequitable as a way to begin "repairing that which is broken." Discussions moved to virtual spaces in April 2020, and have continued to draw participants, even from other parts of the country.

So We Decided To Get More Organized

Each Active circle is encouraged and supported by CTTT-RVA Leader's Circle.
The Leaders Circle also filters and supports new initiatives. 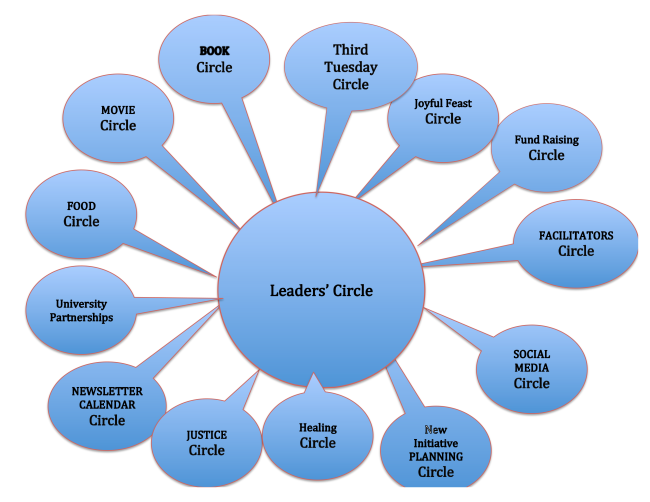 All of the Above Was Done With Dedicated Volunteers

Our VOLUNTEERS are committed to overcoming the legacy of enslavement especially in Richmond, Va. What an awesome and ever growing circle of folks working to change the narrative and move toward the reality of a just and truthful society.

Danita Green, our co-founder, volunteered her time and talents while holding down several paid jobs. So we asked, "What Impact can we make if CTTT-RVA had MORE of Danita's time? Realizing that free time to volunteer extensively is part of white privilege we decided to try to live into our approach of "repairing what's broken,"   We are beginning by compensating Danita for her extensive services. On July 1, 2019 Danita agreed to become full time paid co-CEO of Programs. To support Danita's efforts, co-founder Martha Rollins will serve as unpaid co-CEO of Operations. We are thankful for the journey of friendship. And we are more thankful for each person who helped grow CTTT-RVA into the largest local CTTT group in the United States.

We Formed A Non-Profit Corporation

Through the generous pro bono services of David Carter and David Golden partners at Troutman Sanders (now TroutmanPepper), CTTT-RVA was created as a 501c3 non profit corporation in the Commonwealth of Virginia. Our first full board meeting on  June 6, 2019 was attended by Darren Utley, chair, Danita Green and Martha Rollins, co-CEO's, Brian Little, Bill Tattersall and Allison Thomas. 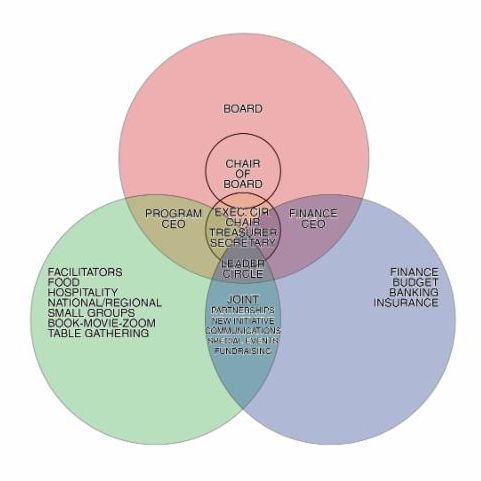 We Invite You to Join Our Story.

Then, a generous person, deeply committed to healing wounds of the legacy of enslavement, offered a $250,000 challenge gift to CTTT-RVA as part of his/her "Individual Reparations Account."

You can help us step into MORE impact and MORE reach by making a pledge or gift toward matching this generous 4 year challenge.

You can help by becoming a volunteer.

You can join our story by showing up....

Get involved--together let's "take American beyond the legacy of enslavement."